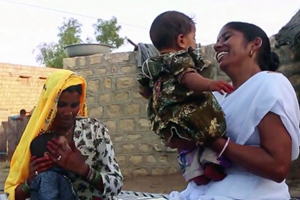 In India, women and children face the highest risks of life-threatening, iron-deficiency anemia. 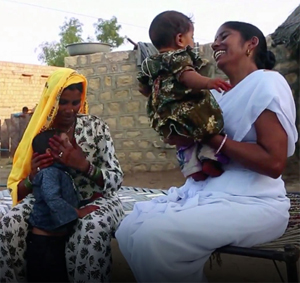 Share & Care’s Healthcare 2 Unreached Signature Program brings healthcare and education to some of the poorest, most remote villages in rural India. With the help of local NGOs, we have been able to provide a range of preventative and curative services for thousands of men, women and children — with an emphasis on helping pregnant women and young children.

H2U launched in 2010 in the rural town of Kerla, and has since expanded to other areas of Rajasthan and the Thar Desert, as well as Tamil Nadu. The villages in which we work have little to no electricity, medical facilities, or means of transportation. Education is scarce, and health problems and malnutrition are rampant.

Of the many health challenges facing women and children in these remote areas, iron-deficiency anemia — the result of poverty, malnutrition, and poor sanitation — is among the most prevalent. Basic symptoms of anemia include extreme fatigue, shortness of breath, headaches, and dizziness. For pregnant women, anemia is also associated with premature labor, low birth weight, maternal mortality, and infant mortality. In children, it can negatively affect cognitive and physical development.

In rural India, women (and subsequently their children), are far more likely than men to be anemic. This is due largely to women's low status in society, which limits their ability to care for themselves and/or seek education about caring for their families.

Figures from a recent National Family Health Survey (2015-16) provide a stark example of this disparity. According to NFHS, in rural areas of Rajasthan, 61.6% of children age 6-59 months were found to be anemic, along with 48-49% of pregnant and non-pregnant women (respectively). Just 18% of men, however, were found to be anemic. In rural areas of the Jodhpur district, according to the same survey, anemia was present in 66.1% of children, 43 to 46% of women, and 12.8% of men.

To improve conditions for women and children in these regions, Share & Care has provided funding for health centers that include birthing facilities, prenatal and antenatal services, vaccinations, immunizations, and nutritional supplements — among other healthcare services. As a result, we're proud to report ongoing successes.

For example, in Kerla, the location of our pilot program, infant mortality has been reduced from 80 deaths per 1,000 births in 2013 to 0% in 2017. And in multiple Jodhpur district villages, we've embarked on an Improving Child and Mother Survival project, which will provide approximately 600 women and 1,200 children with improved healthcare and nutrition.

Consistent with Share & Care's belief in the power of grassroots-level change, H2U also provides villagers with nutrition and sanitation education, sustainable resources for food and water security, and general community-based health trainings. We plan to continue replicating these methods for success in areas of rural India where help is needed the most.

If you'd like to contribute to our goal of improving life for India's most vulnerable individuals, click the link below. Every donation makes a difference. Yours could save a life.