A Witness to Empowerment

May 07 Posted by Matt Wenner in Female Empowerment 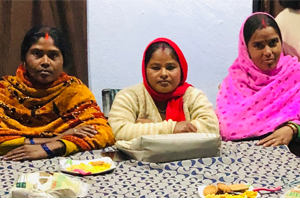 While some of the women we serve are aware of their potential and only need an opportunity, most need to not only be taught what their rights are, they need to grow to believe in themselves.

Believing that gender equity is your right isn’t easy when you’ve been told your entire life that you need your father’s, then your husband’s, permission to do most anything. Or when you witness the disappointment when a newborn turns out to be female.

These prejudices are ingrained in women, especially those living rurally and without real-life examples of how it could — and should — be

Share & Care has focused on empowering women since our founding nearly 40 years ago (1982). In 2006 we defined our stance for women empowerment, then in 2014 we formally established the Women Empowerment Signature program, which over the last three years alone has empowered 25,000 women and children — and earlier this year we announced  that our 2020 goal is 20,200. 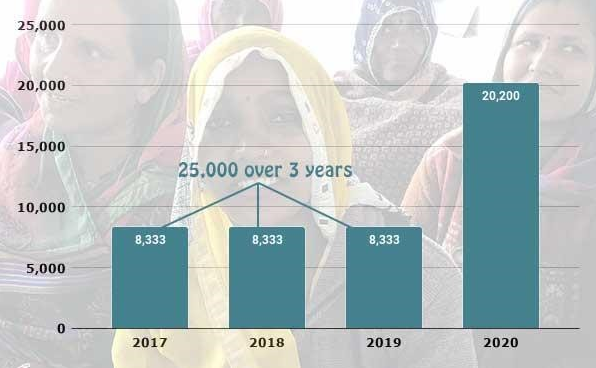 
COVID-19 in Rural India: Who Will Help the Vulnerable?

As of Mother’s Day, India will be on day 47 of the country-wide lockdown. Unfortunately, the shutdown has left thousands of vulnerable people and families — including daily wage earners, single women, and migrant workers — without food on a daily basis. Read more. 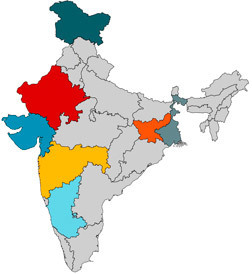 During the visit, our team was introduced to seven women who had been involved with self-help groups for various lengths of time. We’ve written about women’s self-help groups before, an approach pioneered by Pradan to mobilize poor communities and improve their livelihoods. (First introduced in 1987, self-help groups are now used by other grassroots NGOs as well as public organizations.)

Meeting these women proved to be very emotional. “What occurred at the meeting was profound!” Jyotsna Shah told me. She continued:

During our meeting we immediately observed that the women were very vocal, open, confident, and had great aspirations. They seemed determined to advance in life with their hard work for their family and community. They also had a cordial and respectful relationship with each other. These women are considered trailblazers for their community.

These are just two of the women they met that day, both were housewives with no exposure outside of their home until they joined a self-help group:

Madina was barely able to support her family, then one day she joined a self-help group.

Through the self-help groups she learned about gender equity, farming, and animal rearing. From there she was elected as head of the watershed with earnings of Rs2200, which allowed her to place her two boys in boarding school.

She also has a savings account under her own name, and had her name added to their land and house deeds.

“[They] educated me about all these matters. Now I feel confident I can do ANYTHING ANYWHERE! I have gained great respect in my family, as well as in the villages. We respect each other although they are from different backgrounds.”

Mitha had been a homemaker with no exposure outside of her home, then one day she joined a self-help group.

Mitha has worked with Pradan for the last three years as head of her community self-help group. She calls on women to join the group by telling her story, and how it could become their story.

Her family, and the families of the women she spoke to, were opposed of course, but she persevered.

Once they joined, Mitha trained them in gender equity, their rights, and law and order of an equitable society. Knowledge and awareness made them stronger.

Through the self-help group, they also created a microloan program, with each woman contributing. The fund is used for members needing to borrow money for farming, home repairs, even marriage. Mostly, it strengthened their ability to advocate for themselves.

She also reports that abuse has gone down too. (If only it would go away completely.)

“The women as one self-help group are stronger, and we are raising our voices, we want CHANGE!”


From Homemaker to Heroine

Learn how a woman in Amnari village emerges from being a homemaker to become the area’s livestock Pashu Sakhi, and in the process creates a path to profits for goat farmers across 250 households. Read more.

Share & Care’s dedication to women empowerment is stronger than ever.

Our work with Sabarmati Ashram is an example of reaching women earlier in their lives to drastically change their outcomes. Our support actively addresses safety, gender equality, character building, and leadership skills for these young women, so that gender biases are not carried down from generation to generation.

Working in rural communities where poverty and patriarchal traditions affect women most, Share & Care and Pradan are aligned in the belief that people with knowledge and empathy should work with underprivileged communities to bring about a social change. We thank and congratulate Pradan for the important work they’ve done over the last 30 years, and for the work we’ve accomplished together to promote sustainable livelihood and social change in the poorest areas of India — including the women of Hazaribagh district in Jharkhand. These women suffer under the worst forms of gender-based discrimination. They are left alone to care for their family, with too little money, as their husbands leave the area seeking employment. Even worse, when the men are closer to home, the patriarchal tradition means also dealing with domestic violence.

We continue to support the concept of self-help groups to collectivize large populations of women to work toward increased food security, increased household incomes, and a safer, more equitable community.